The International Grid Control Cooperation (IGCC) is the implementation project chosen by ENTSO-E in February 2016 to become the future European Platform for the imbalance netting process (IN-Platform) as defined by the guideline on electricity balancing (EB GL Art. 22)

IGCC was launched in October 2010 as a regional project and has grown to cover 24 countries (27 TSOs) across continental Europe, including all those that need to implement the IN-Platform according to the EB Regulation. 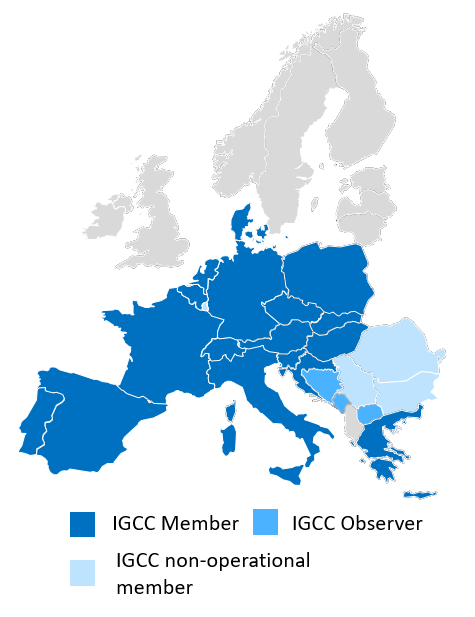 As part of the responsibility of TSOs towards electricity transmission systems, the IGCC operational members are obliged to maintain the balance between electricity generation and consumption at all times in their respective LFC areas. 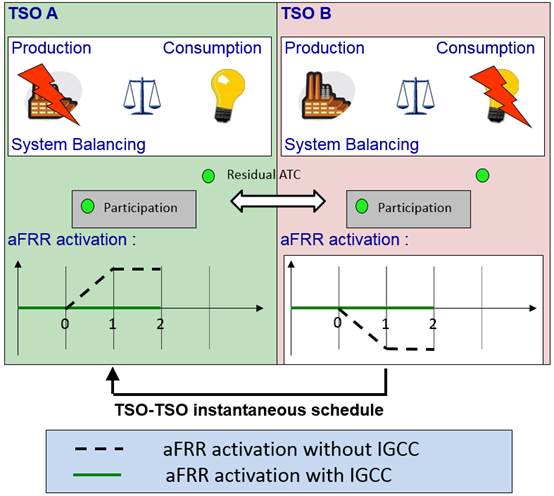 The implementation of the process is based on the communication of the power-frequency control of a single TSO, which enables online balancing of the different power imbalances. The aFRR demand of participating LFC areas is reported to the aFRR optimisation system, which returns a correction signal to the secondary controllers or aFRR optimisation systems of each IGCC operational member after each optimisation step. In this sense, the counter-activation of aFRR balancing energy is avoided and therefore the use of aFRR is optimised.

The implementation of the first development phase of the Grid Control Cooperation (GCC) between German TSOs made it possible to implement the imbalance netting process, which was originally established in 2010 to avoid the counter-activation of aFRR in Germany. Shortly after, the German cooperation was expanded to other countries and the GCC evolved into the International Grid Control Cooperation (IGCC). Imbalance netting across LFC areas enables all participating TSOs to decrease the use of balancing energy while increasing system security.

The accession of TSOs to IGCC is planned in accordance with the following accession roadmap. IGCC and ENTSO-E share this time plan for informative purposes only and does not, in any case, represent a firm, binding or definitive position of IGCC on the content.

The volumes of the exchanged energy of each IGCC operational member are settled according to the rules described in the linked document:

In general, an affected TSO (including non-IGCC members) can request a temporary reduction or suspension of participation of any IGCC operational member. Each affected TSO has to use the IGCC standardised procedure in order to request such a reduction or suspension: this is usually set as well in the system operation agreements between concerned an IGCC member(s) and the affected TSO. Therefore, at least the following information shall be required by the IGCC member from the affected TSO to keep consistency and simplicity in case of finding the information: