Key takeaways of the ERAA 2022

The ERAA 2022 shows that in the given scenario and methodology framework, high volumes of fossil-fuelled capacity are at risk of becoming economically non-viable in the mid-term. In that context, the right incentives and/or targeted intervention will be needed to avoid adequacy risks, especially in the countries of central Europe.

For TY 2025, similarly to ERAA 2021, the results of ERAA 2022 show that, under the given scenario and methodology framework, the evolving economics of thermal generation risk putting downward pressure on capacity. To avoid this risk, it will be necessary to implement new flexibility tools that facilitate the management of demand (ramps and peaks). It further necessitates capacity that can quickly respond to sudden variation of demand and supply, such as meeting demand spikes in the evening while decreasing PV supply. Furthermore, without intervention (see Central Reference Scenario Without CM – TY 2025), risks of system inadequacy could increase significantly in more than a dozen markets.

The need for coordination is underlined by the finding that adequacy issues in one country are highly dependent on assumptions in neighbouring countries – and, reciprocally, that any capacity investment in one country can greatly influence its neighbours. This highlights the importance of regional coordination in decision-making. The Central Reference Scenario Without CM for TY 2025 suggests that the future margins in Central and Western Europe may be significantly reduced, with LOLE estimates of several hours for most countries in the region.

In the longer term (i.e. TY 2030), the economic viability analysis still shows important risks for the assumed thermal generation fleet with more than 60GW of capacity at risk of being retired by the model and 21GW of potential new investments. The countries with the largest amount of capacity at risk are Italy, Spain, the United Kingdom, Greece and Germany.

Due to high gas prices, the merit order between gas and coal has shifted in the short term (until 2025), reducing the viability pressure on coal compared to gas. Economic viability of close-to-marginal gas units is dwindling further. Longer-term assessments beyond 2025 show progressive inversion of the merit order in favour of gas. Some volume of dispatchable capacity should be kept in the market, avoiding permanent decommissioning in the years around 2025, because it will be needed in the system to cope with coal unit phase-outs in the run-up to 2030.

Main findings of the ERAA 2022

Being an inherently complex study, ERAA is characterised by a significant degree of uncertainty and computational constraints. Thus, modelling decisions, assumptions as well as the probabilistic nature of the assessment shall be taken into account when interpreting the results.

ERAA is still in the implementation phase, and the 2022 edition features considerable improvements over the previous one. As a consequence, the two editions’ results shall be compared with specific care and in view of all the updates and differences between the two products; these include updates and changes in the assumptions and scenarios, but also modelling improvements with significant impact on the adequacy results, notably the implementation in the adequacy simulations of curtailment-sharing principles1.

The EVA step assesses the viability of capacity resources2 participating in the energy-only market (EOM). The EVA is a risk assessment of what could happen; it is not a prediction of what will happen. Units with an awarded CM contract are excluded from the EVA for the duration of their contracts and the viability of resource capacities participating in EOM is assessed using a long-term planning model with the objective of minimising the total system costs.3 The key decision variables of that long-term model aim to identify the economic-optimal (least-cost) evolution of resource capacity over the modelled horizon. This assessment therefore delivers insight, per each bidding zone and over the TYs, on the resource capacities that are likely to be (i) retired, (ii) invested in, (iii) (de)mothballed or (iv) extended in lifetime.

The results of the EVA indicate that significant volumes of fossil fuel capacity in Europe are at risk of economic decommissioning. In Figure 3, one can see the installed capacities assumed in the National Estimates Scenario4 and the resulting post-EVA mix. Dark colours indicate the technologies whose part of the capacity is subject to EVA, while the viability of the technologies in light colour is not assessed.  The net effect for all three target years is that, under the given scenario and methodology framework, a rather significant volume of gas capacity is found at risk of economic decommissioning, especially in the shorter to mid-term horizon, followed by a comparatively smaller capacity of coal.

2 Generation resources include storage units (e.g. batteries).
3 Article 6.2 of the ERAA methodology acknowledges the use of overall system cost minimisation for the EVA, albeit as a simplification and assuming perfect competition
4 The National Estimates Scenario is the bottom-up scenario based on TSO’s best estimates for the target years of ERAA 2022. After EVA is performed on this scenario, the result is a new ‘post-EVA’ mix, which constitutes the Central Scenario without CMs. 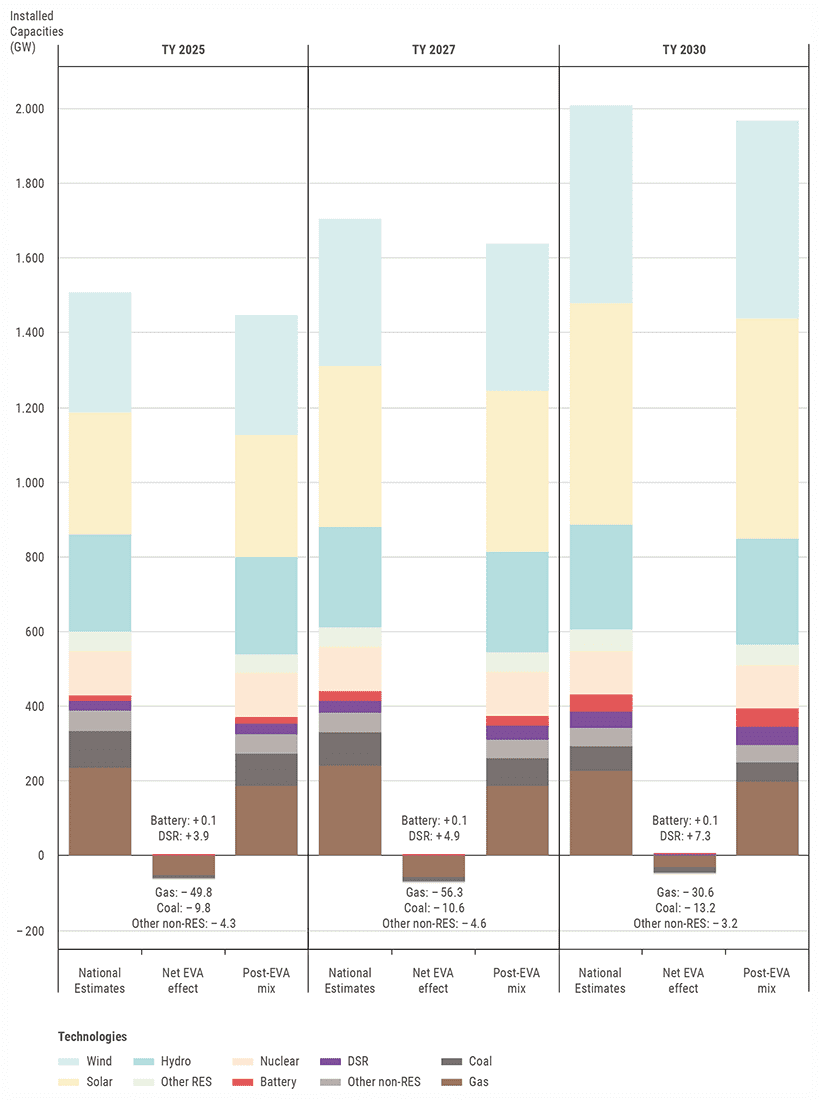 The results of the EVA have, naturally, a significant impact on the adequacy assessment. Adequacy risks appear all around Europe. Scarcity issues are identified in 2025 in Ireland with a LOLE exceeding 24 h/year, followed by Malta5 with 22 h/year and then Germany, Italy, Spain, France and Belgium, Denmark and Hungary varying from 6 to 11 h/year LOLE. Lastly, Finland and Southern Sweden are also found to exceed national reliability standards in this scenario, having a LOLE of 3.5 h/year and 2h/year respectively.

In 2027 the adequacy situation appears to remain stressed, with adequacy risks even higher in Belgium, Germany, Denmark, Estonia, France, central and northern Italy, Lithuania, Luxembourg and Sweden (SE04). Adequacy risks are decreasing in Bosnia and Herzegovina, Spain, Finland, Hungary, Ireland, Malta, Romania and Serbia. In Ireland, in 2027 the LOLE drops below the national RS.

From 2027 to 2030, adequacy risks decrease in western Denmark, Estonia, central and northern Italy, Sweden (SE03) and Great Britain. On the other hand, LOLE values increase in Bosnia and Herzegovina, Germany, Hungary, Luxembourg, the Netherlands, Poland, Serbia and Slovenia. In 2030, Germany and Luxembourg face the highest LOLE value in Europe with 21.5 h/year, followed by Belgium, France and eastern Denmark.

Overall, and under the assumptions of the commissioning/decommissioning of capacities subject to EVA and the evolution of transmission capacities towards 2030, the scarcity issues tend to shift from the peripheral areas of Europe in 2025 to the central parts of the continent by 2030.

5 Adequacy results in the ERAA 2022 consider only resources available in the market and CMs that already hold a CM contract. In Malta, an additional 215 MW of non-market resource in the form of emergency gasoil-fired back-up plants are available for dispatch at any time and would largely mitigate the risk of scarcity. 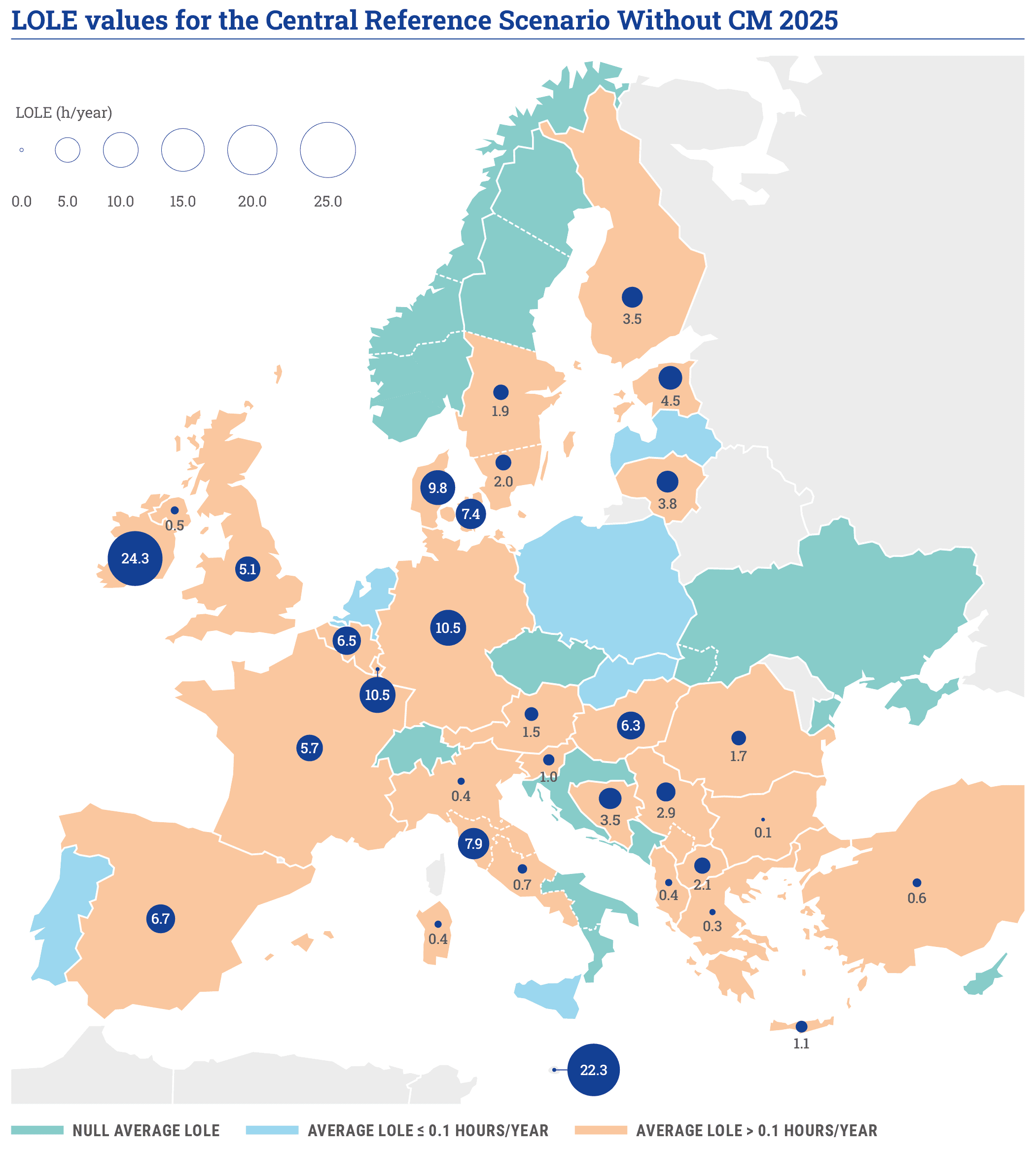 Figure 2: LOLE values for the Central Reference Scenario Without CM 2025 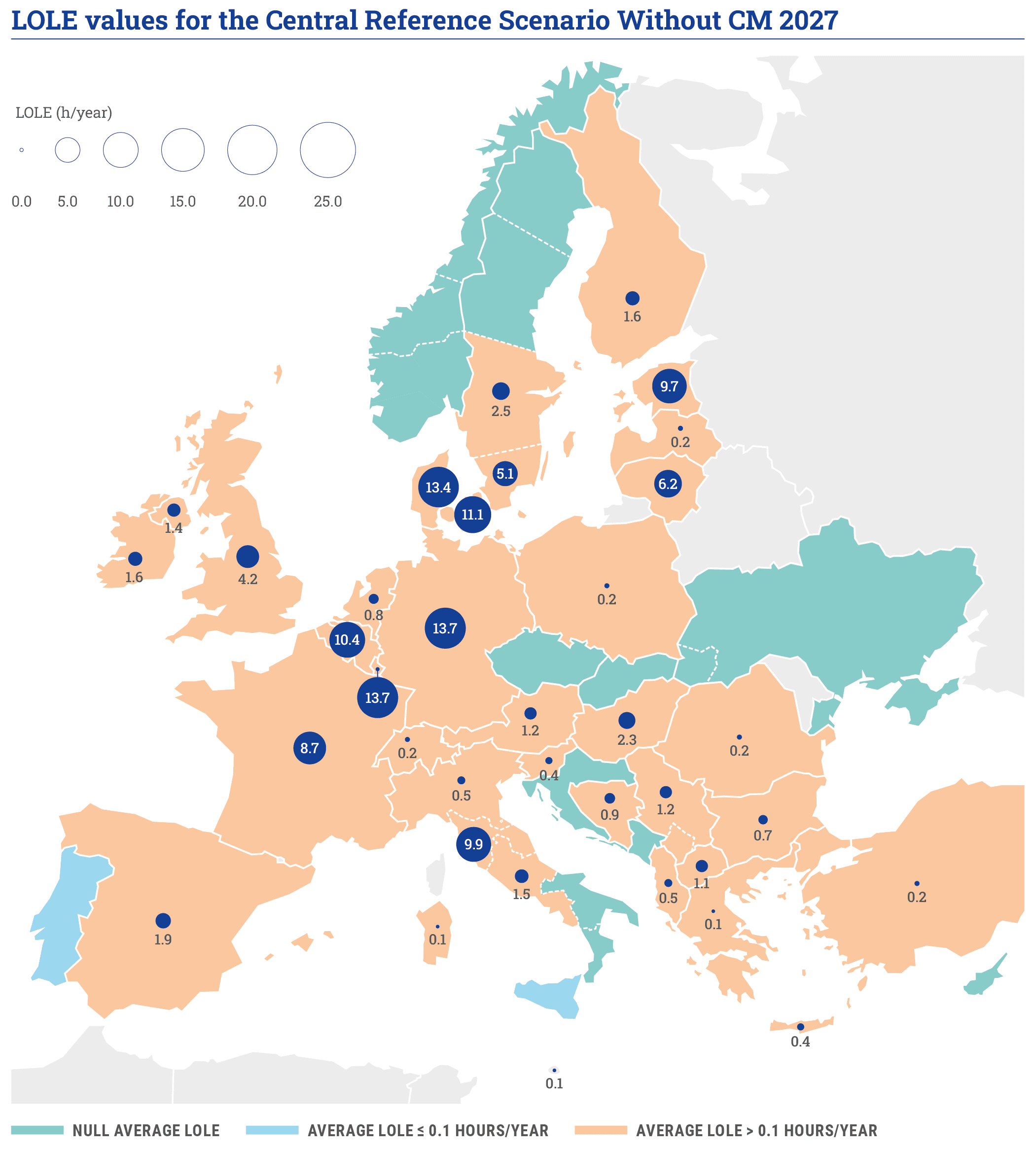 Figure 3: LOLE values for the Central Reference Scenario Without CM 2027 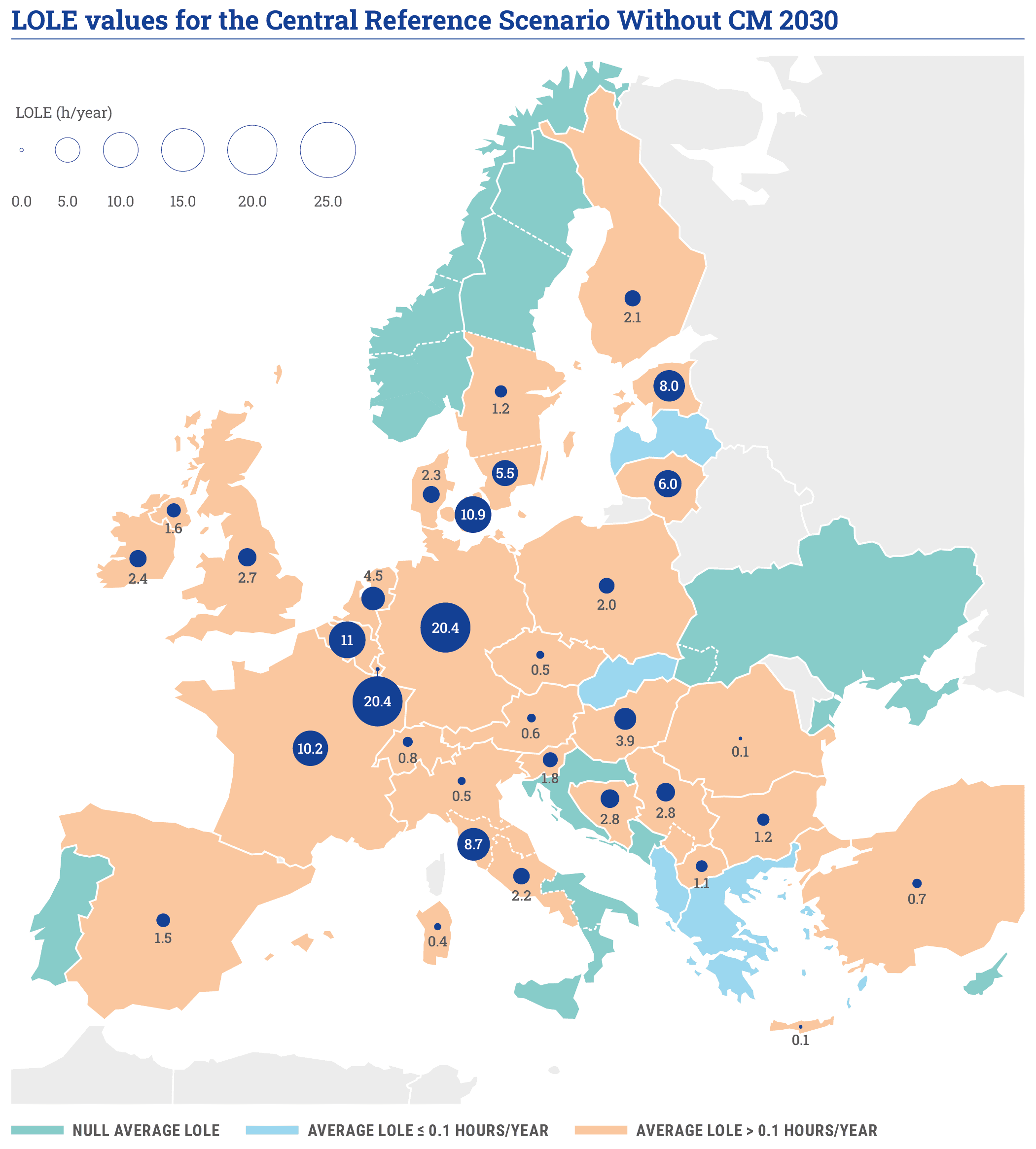 Figure 4: LOLE values for the Central Reference Scenario Without CM 2030