On 24 July 2021 at 16:36 CET, due to a major incident in France, the transmission systems of Portugal and Spain, together with a small part of the French transmission system, were disconnected from the synchronous area Continental Europe. Subject to further investigation, the cause of the event is presumed to have been a forest fire in the vicinity of the transmission lines.

Figure 1 depicts the disconnection route between the two areas: 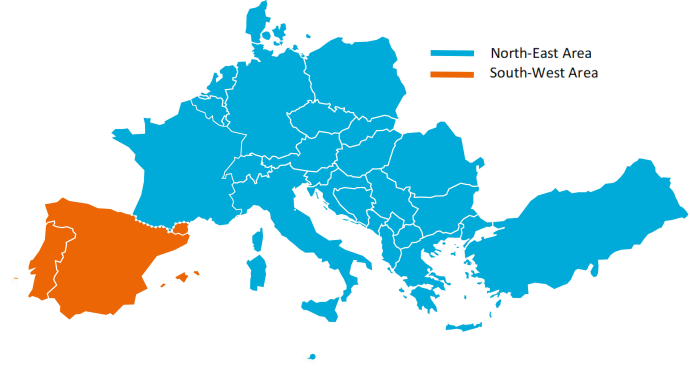 Just before the incident, Spain was importing 2500 MW from France. Directly after the incident, a surplus of energy resulted in a frequency increase to 50.06 Hz and no further consequences in the large North-East area of Continental Europe. In the disconnected South-West area, which included the Iberian Peninsula and a part of the Pyrénées Orientales Region in France, a deficit of energy resulted in a frequency decrease to 48.65 Hz, triggering the activation of the following countermeasures:

• The low frequency load shedding scheme in Spain led to the disconnection of 1995 MW hydro pumps and automatic shedding of approximately 3068 MW of load corresponding to the first and second stages of the scheme;

• The low frequency load shedding scheme in Portugal led to the disconnection of 310 MW hydro pumps, 430 MW of interruptible industrial consumers (activated when frequency decreases below 49,2 Hz) and automatic shedding of 650 MW of load corresponding to the first and second stages of the scheme;

• The automatic shedding of around 100 MW of load in France. The countermeasures quickly stabilized the frequency in the South-East area close to 50 Hz and allowed for a fast resynchronization just 37 minutes after the initial event. The frequency in the two disconnected areas is shown in Figure 2. 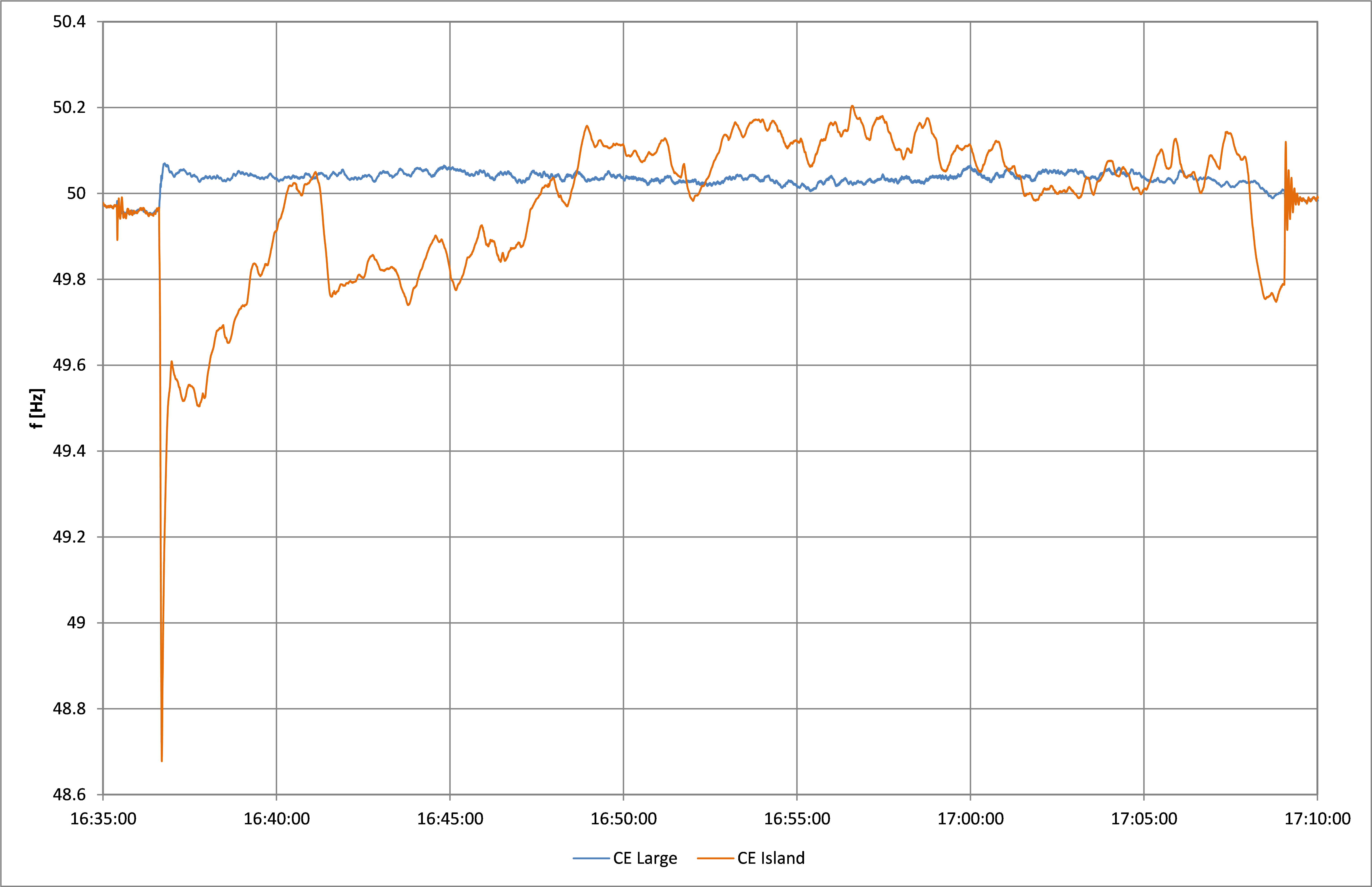 The investigations conducted so far, have yielded the following sequence of events: 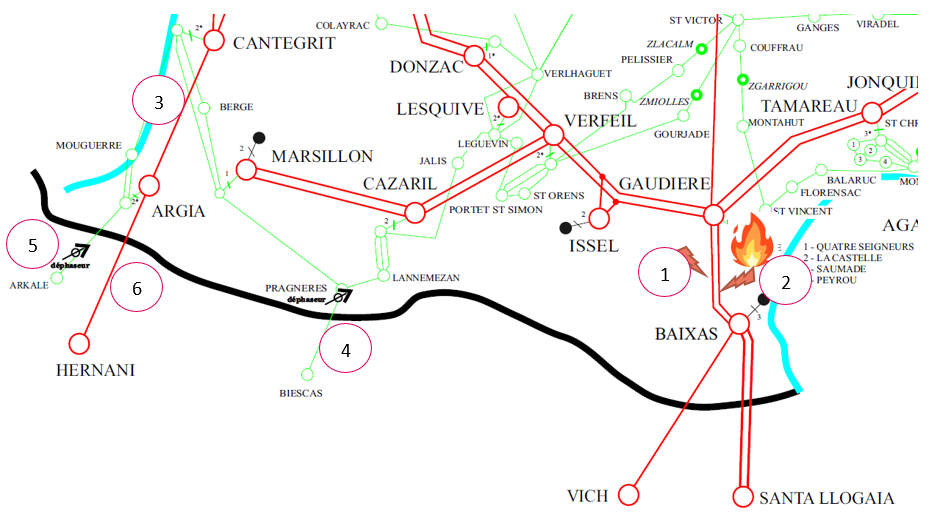 The presumed cause of the event is a forest fire which started following a heat wave and hot temperatures in the region. A forest fire generates air pollution through smoke and a large concentration of thin particles. This reduces the insulating capacity and degrades the electric properties of the air, which in turn can cause short circuit failures and line trippings.

After the disconnection, REE and RTE undertook a number of coordinated measures, resulting in the resynchronization of the whole synchronous area Continental Europe at 17:09, only 37 minutes after the incident. The disconnected load and consumers were fully re-supplied one hour after the incident in Portugal and around 18:38 in Spain.

The automatic response from the system defense and protection schemes, most notably automatic load shedding in close collaboration with the responsible Distribution System Operators in affected countries, was followed by coordinated actions of the TSOs ensuring quick restoration to normal operation. ENTSO-E issued the first press release on the day of the incident and presented initial facts and figures to the European Commission and the Electricity Coordination Group which is composed of representatives of Member States on 26 July.

All information published so far is subject to the results of an ongoing detailed investigation on the incident. The investigation is following the legal framework under the Commission Regulation (EU) 2017/1485 of 2 August 2017 (System Operation Guideline) whereby National Regulatory Authorities and ACER are invited to join with the TSOs in the Investigation Panel.

In line with the provisions of the mentioned Commission Regulation (EU) 2017/1485, ENTSO-E will present the results of the investigation to the Electricity Coordination Group and will subsequently publish them once the analysis is completed.

ENTSO-E, the European Network of Transmission System Operators for Electricity, is the association for the cooperation of the European transmission system operators (TSOs). The 42 member TSOs, representing 35 countries, are responsible for the secure and coordinated operation of Europe’s electricity system, the largest interconnected electrical grid in the world. In addition to its core, historical role in technical cooperation, ENTSO-E is also the common voice of TSOs.